The event is coordinated by Michael Engram, Game Changers founder and executive coach.

“Our young men need to understand the moral value of keeping their word and committing to bettering themselves: mentally, physically, and spiritually,” Engram said about the reasons for the event “No one makes it through life without being influenced in one way or another. My hope is that Game Changers provided and continues to provide a positive platform with the Leadership Combine.” 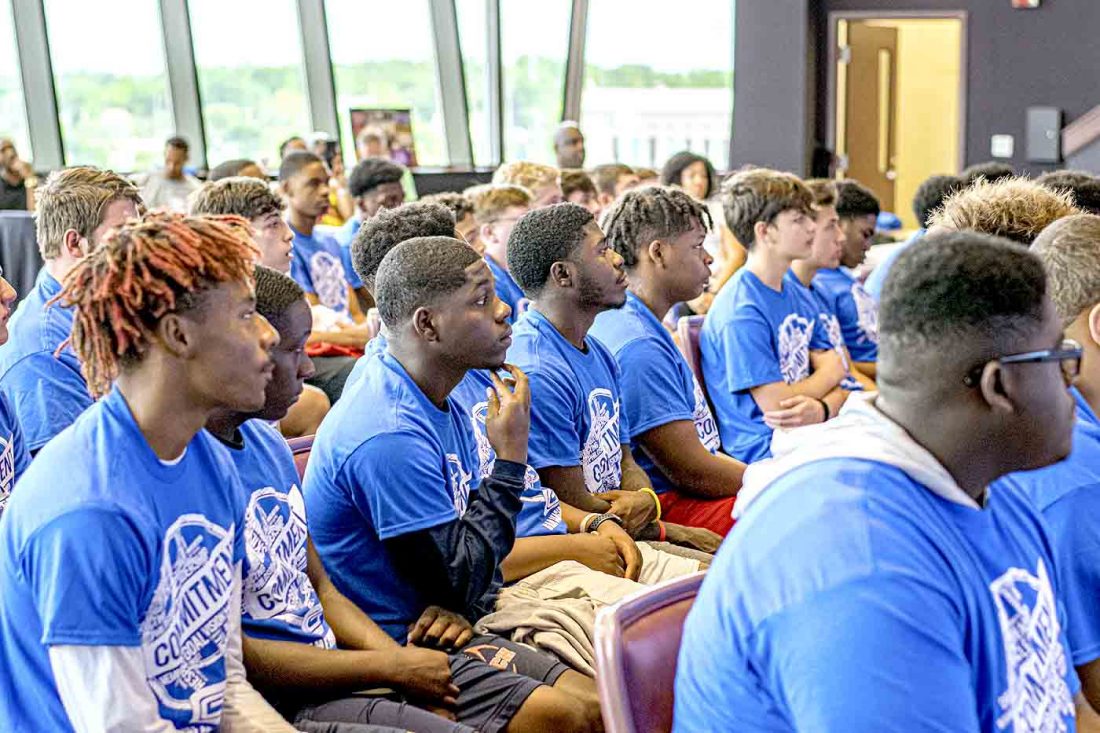 “For me it is important to give honor where honor is due and with coach Annarella he was a man of his word. For the past five years he not only made a verbal commitment to support me with Game Changers, he also made sure to commit 25-30 athletes each year to help them grow as men.

“Commitment with him didn’t have an expiration — it’s been 20 years since I strapped on some cleats for him — and he still kept his word. Not many do.”

The day also included a panel of college athletes from YSU, Case Western Reserve and Baldwin Wallace, along with a professional athlete panel which included LeShun Daniels, Derek Rivers and Darrin Hall.

A host of business professionals who were athletes and went on to become successful in various fields also addressed the young athletes. The Business-Pro Panel was sponsored by John Perdue and his wife, franchise owners of McDonald’s in the Valley. 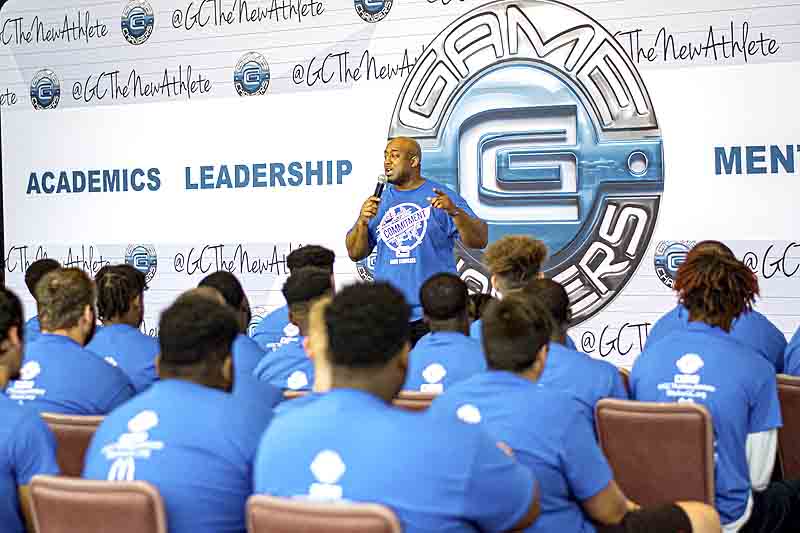